Is Uber a verb? 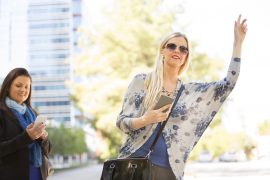 I’d never taken an Uber before – am I the last person on earth to say that? Of course, I knew what Uber was (I say a little defensively) I just hadn’t needed a ride. Besides, I’m not sure how I feel about Uber’s business practices but that’s a discussion for another time.
Anyway, we found ourselves going to a benefit where the drinks were going to flow freely and my daughter wisely suggested we all pile into an Uber instead of designating a driver. Question: do you grab an Uber like you grab a cab? Or is Uber a verb like Google has become a verb? 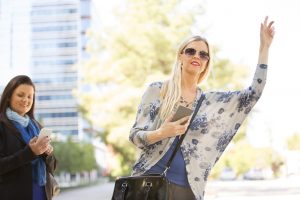 Oh, dear, the world moves so fast!
The driver to the event was originally from Nigeria. I found myself in the front seat and struck up a conversation. He had a beautiful name that I still couldn’t pronounce after I asked him to spell it for me. I kept wanting to call him Joseph based on nothing but the juxtaposition of some of the letters of his Nigerian name. What am I? One of those old agents at Ellis Island? I asked him many questions about his homeland while realizing that if he’d asked me the same questions about the US I might not have known the answers. (Well, yes, the US is much larger.) I wanted to listen to him talk in that beautifully accented English. I got around to one of my favorite subjects – food. “What spices do you use in Nigerian cooking?” I asked. But he didn’t know! “Ahh, you don’t cook do you” I asked. Indeed no.

The subject was exhausted about the time we pulled up at the City Winery. I thanked our driver and turned to Randy and asked him if he had money for a tip. Christine leaned over and said, “It’s all taken care of on the app.”
Of course. I knew that.