In the Interest of Full Disclosure (or something like it) 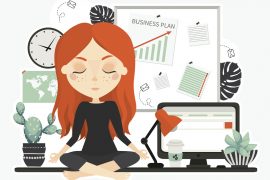 I hobbled into a grocery store one day and saw a Starbucks stand.
“Oooh coffee!”
Then I remembered I was boycotting Starbucks but I couldn’t remember why. I drink Organic Fair Trade coffee most of the time but Starbucks had that didn’t they? Hmmm, why had I banned Starbucks? It was something else. Their stance on GMOs?
Oh, well. I reluctantly skipped their coffee. I’ve since changed my opinion. It all had to do with the green cups last Christmas. Now I drink Starbucks with relish.
My son says if I give up coffee, my life would be greatly improved. He’s quite adamant about it. I thought coffee was now back on the good “list,” antioxidant rich and a vassal dilator. I don’t want to give up coffee.
I use recycled paper towels and toilet paper but plastic trash bags. I’ve used zip lock bags at least twice (it was quite a mess when I tried to dry them in the dryer) and I’ve tried bamboo toilet paper.
I eat organic non GMO foods. I support organic organizations.
I drink bottled water because i can smell the chlorine when I turn on the tap and I believe that fluoride is a poison. But what of all that plastic?
I recycle fairly consistently, actually paying someone to take it every week (we don’t have road side recycling where I live).
I don’t eat at McDonalds or shop at Wal-Mart. But dirty secret: I love a Whopper about twice a year. And a Mexican coca cola with real cane sugar.
I’m thinking about becoming a vegetarian (again) because I believe animals are aware and sentient. I at least think they deserve to be treated with respect and care. I buy meat for the most part where I can be assured the animal was treated humanely.
I take collagen pills from grass fed cows to (hopefully) help my knee while ironically I eat very little beef.
I avoided prescription drugs for years believing I could fix my knee with yoga and walking while actually wearing a whole in my femur.
I believed I could cure my depression with meditation and therapy. I’m now on Lexapro. Sigh.
I believe we are over medicated as a society yet I have found great relief from antidepressants and wish I’d started on them sooner. Oh, and an anti-inflammatory for my knee.
I buy bio-degradable detergent and am thinking about those magnets you drop in your washer to clean your clothes (this ad said that all detergents are bad including the bio degradable ones).
My knee is too painful to walk around a store. So Amazon is my go to store. I save gas by not driving, right? And I make sure to recycle the Amazon boxes. I was distressed when my friend told me that she read that Amazon workers are over worked and under paid. I hope that isn’t true but haven’t researched further. What will I do if it’s true? Another friend told me that Amazon is owned by the Koch Bros. I did research that. Apparently not true, although they may own Amazon stock. I wish I did.

I read from a Kindle.I want to save our forests. But what of the paper towels and bathroom tissue?

While my daughter-in-law won’t shop at Hobby Lobby for the same reason I won’t (their stance on gay marriage? free birth control?) she thinks that people that don’t vaccinate their children are “nut jobs”. She insisted we all, including her grandmother get booster shots if they wanted to see the baby before her 1st shots. I refused. I never had whooping cough, was vaccinated for it back in the dark ages, have had mumps, measles and chicken pox back then as well, and vaccinated against small pox. I’m good. I saw my granddaughter for the 1st time when she was a month old. She’s fine. And at 2 months she had her 1st shots and didn’t become autistic.

My daughter-in-law thinks Hillary Clinton is the devil. I’m not sure why.

I drive a 2002 Nissan Frontier truck. I thought it was good not to send a perfectly good truck to be disposed of but its gas mileage isn’t great compared to newer ones, so should I get a new one? A Hybrid? I’ll read further.
It’s important to be informed,
I’m replacing light bulbs with LEDs, although I was distressed to read that Dr. Mercola says LEDs are also bad for you. I CANNOT CHANGE OUT MY LIGHT BULBS AGAIN! OK, deep breath.
I am working on solarizing and making my house fuel efficient. Soon small wind turbines will be available I hear. I also heard that the big ones kill wildlife underneath them. I was bummed.

I dye my hair. And not with the natural stuff.

I donate to organizations that feed people and rescue animals. I donate to veterans and war dogs coming back from wars I am adamantly opposed to. I give to an organization, KIVA, that loans to individuals in 3rd world countries trying to eke out a better future. I avoid those who want to buy artificial fertilizers for their little plot in some faraway desolate place, always thinking of our dear earth as well as the creatures upon it.

I think Monsanto is the devil.

I want to grow a garden here in west Tennessee. An organic garden of course. I have banned Roundup or artificial fertilizers on the property but I am surrounded by commercial farmland where the chemicals sit in large vats and sometime run (illegally) thru drainage ditches. There’s a road here called Monsanto Rd.
Some Aveeno products are bad. I forget why. I still use their sunblock. I hope that’s ok. I was distressed to hear that those microdermabrasion beads are messing up water systems so I threw them away into the landfill. Was that the best way to dispose of them? I use a CVS brand of facial abrasion. The sponges are made of walnut shells. Are walnut shells ok? I hope they’re ok. I don’t throw old prescription drugs down the toilet. Or gold fish for that matter.
I really, really hope some of this helps. I hope I am doing my part to save, well, everything.

Oh, and I have used Botox. The stress of keeping informed, reading on my Kindle late at night. Luckily, my Kindle doesn’t have that blue light that’s bad for eyes and disrupts sleep patterns, sometimes though I do need a little help getting to sleep. Is my Kindle an LED light? Anyway, all this reading, all this information left a deep crease in my brow and furrows in my forehead that really bothered me.
I am for a woman’s right to choose! Botox or aging gracefully! I was not aging so gracefully. The stress of it all. Meditation! I need more meditation!